Although Somerville is the first title from the Jumpship studio, its creator Dino Patti is not at his first attempt. He is indeed the co-founder of the Playdead studio and participated in the development of Limbo and Inside, two nuggets of the independent scene. The last gameplay presented was quite promising and we couldn’t wait to get our hands on this narrative adventure. 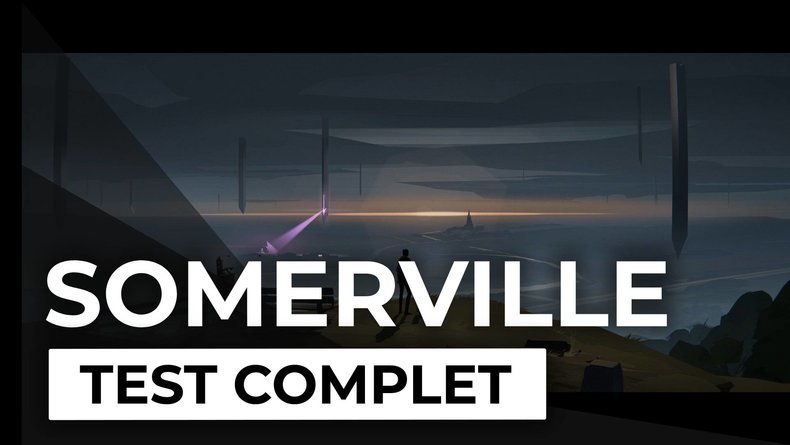 The introduction opens with an average family returning to their country home. While we are asleep, strange lights wake us from our sleep. After determining the origin, we notice the presence of strange spacecraft in the sky. This meeting of the third type could have been the beginning of a beautiful story, but events quickly take a dramatic turn. Our family finds itself in the heart of a battle without really understanding the ins and outs. As war rages above their heads, a spacecraft crashes into their home.

Listening only to his courage, our anonymous character tries to help an extraterrestrial humanoid. No sooner had he taken her hand than our father was struck by a lightning shock and lost consciousness. When he wakes up, he finds that the rest of his family has disappeared. Far from resigning himself to the unthinkable, he then begins a journey and crosses desolate lands in search of his loved ones.

With this new title, Dino Patti does not really take any risks since he uses all the mechanics that made the success of his previous video game works. First with simple gameplay. A single key allows you to interact with the environment, both to overcome an obstacle and to activate a switch. Two others are associated with the powers we inherit from our extraterrestrial encounter. Then the game judiciously alternates between phases of reflection requiring the resolution of environmental puzzles and phases of action in order to escape the invader. 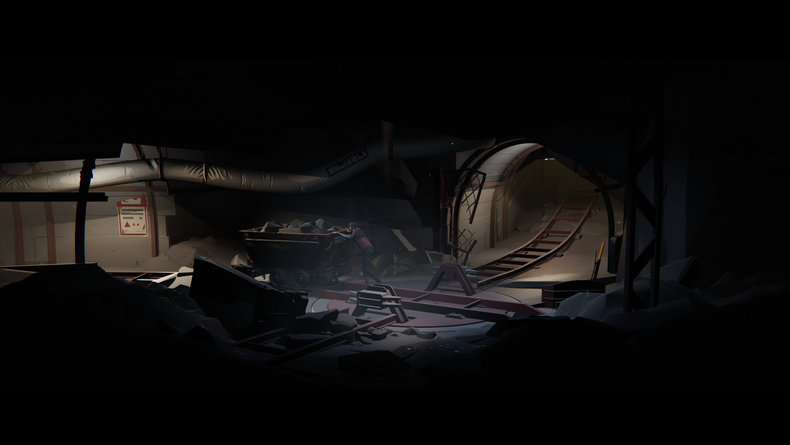 The artistic direction remains in the same vein as Inside. The environments are varied but the whole is rather dark and heavy. This of course contributes to the general atmosphere of the title and to the transcription of the drama that our character is going through. The game does not include any dialogue and the narration passes through, among other things, judiciously chosen music. Through them we feel the different emotions of our father. The anguish, fear, resignation and hope of our avatar flood our ears. The overall achievement is very successful, but we would have liked the developers to step out of their comfort zone.

There is still room for improvement

Dino Patti has accustomed us to conclusions that invite the player to reflect. Somerville is no exception to this rule and we have more unanswered questions than a real end to this adventure. Everyone is therefore free to interpret the information distilled and to make their own “The end”. We just regret that this end point is so convoluted and that the last chapters seem almost superfluous.

What can also become boring is the heaviness of our character. During his travels, we feel all the misery of the world weighing on his shoulders. It’s clearly an artistic choice but it sometimes leads to failures in the action phases due to poor placement.

Side life, the five to six hours needed to complete the fourteen chapters of the title remains in the average of the genre. The game integrates the discovery of collectibles which requires the player to be curious during the exploration phases. Finding these slightly extends the lifespan without being laborious thanks to the integration of a level choice menu.

We had a good time during the Somerville test but there is still an aftertaste in the mouth once the adventure is over. A slight feeling of deja vu linked to the studio’s lack of risk-taking. However, it deserves its place among the pearls of the independent scene. The arrival of the game from the day of its release in the Xbox Game Pass, November 15, 2022, will be an opportunity for everyone to form their own opinion on the matter.