Road fuel prices rose again in France last week, according to figures released by the government on Monday, to approach the 2 euro per liter mark.

In French service stations, diesel sold at an average price of 1.9162 euros per liter, or 3.16 cents more than the previous week, according to figures from the Ministry of Energy Transition stopped Friday and published Monday . 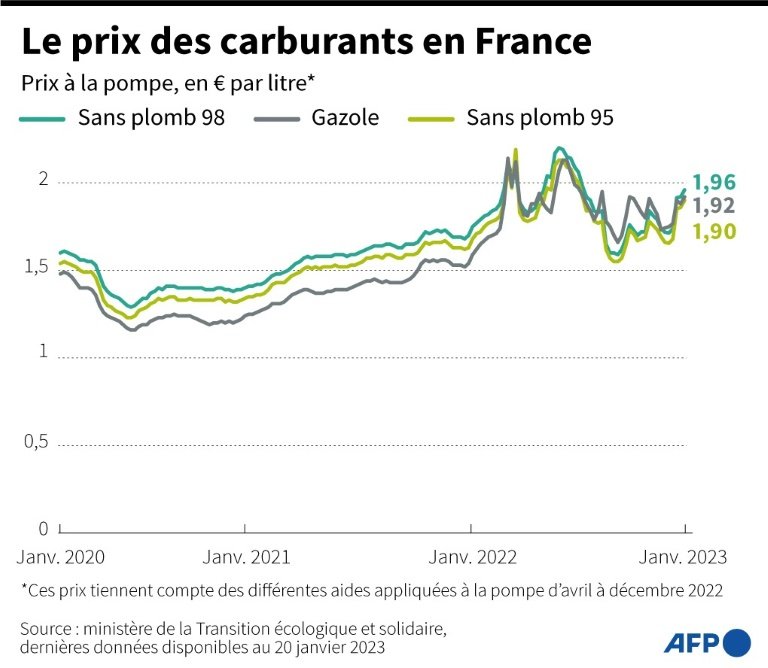 Prices at the pump have risen sharply since January, with the end of the state-funded discount. This cost 8 billion euros last year. An indemnity of 100 euros replaces it, which the motorists concerned – it is according to their income – can request since January 16 on the tax site. They must apply for it before February 28.